Information
The general requirements for the law-enforcement work in 2018 are: to thoroughly study and implement the spirit of the Party’s 19th, 18th and 18th Central, 4th, 5th and 6th Plenary Sessions, and earnestly study and publicize the spirit of the important speeches of Secretary Xi Jinping. Governing the new ideas, new ideas, and new strategies of the country, comprehensively implement the spirit of the higher-level documents such as the Propaganda Department of the Municipal Party Committee and the Municipal Judicial Bureau, conduct in-depth publicity and education on the rule of law, promote the rule of law and the establishment of the rule of law, promote the spirit of socialist rule of law, and give full play to the rule of law. The basic role of publicity and education in school construction, creating a rule of law environment conducive to the healthy development of teachers and students
First, in-depth education on the rule of law
1. In-depth publicity and study of General Secretary Xi Jinping's important exposition on the comprehensive rule of law. It is necessary to study and publicize the spirit of the important speech of General Secretary Xi Jinping, especially the important exposition of comprehensively governing the country as a major task of the rule of law publicity and education, profoundly understand and accurately grasp the essence of the basic views of the important series of thoughts, and firmly establish politics. Consciousness, overall situation consciousness, core consciousness, and aligning consciousness, consciously use General Secretary Xi Jinping's new ideas, new viewpoints, new theories, new requirements to guide the rule of law construction and the rule of law publicity and education, and further strengthen the path of socialist rule of law with Chinese characteristics. Consciousness and firmness.
2. In-depth study and promotion of party internal laws and regulations. Conscientiously implement the spirit of the Sixth Plenary Session of the 18th CPC Central Committee, combine the "learning party rules and regulations, learning a series of speeches, and be a qualified party member" to study and educate, and thoroughly study and publicize the "Party Constitution" and "Several Guidelines on Political Life within the Party under the New Situation" "The Regulations on Inner-Party Supervision of the Communist Party of China" and other party internal laws and regulations focus on the convergence and coordination of propaganda of the party's internal laws and regulations and national legal propaganda. Education guides the majority of party members to be conscious and respectful, party adherents, and defenders of the party constitution and party discipline and national laws.
Second, earnestly strengthen the use of key subjects
3. Effectively grasp the usage of leading cadres. We will focus on the "key minority" of leading cadres and promote leading cadres to be exemplary models of law-abiding and law-abiding usage. Ensure that the party committee (party group) central group learns the law, the middle-level cadres routinely study the law, and govern the school according to law.
4. Practically strengthen the education of juvenile rule of law. We will conscientiously implement the "Adolescent Rule of Law Education" and the "Opinions on Strengthening the Construction of Juvenile Rule of Law Practice Bases" issued by the Ministry of Education, the Ministry of Justice, and the National Law Office to ensure that students in school can receive basic rule of law knowledge education. Use the second classroom and social practice activities to deepen the education of juvenile rule of law, carry out the naming activities of the youth law education practice base, and strengthen the "three in one" youth law education pattern of schools, families and society.
Third, combined with the actual situation of the college, organize the development of various types of rule of law publicity and education
5. Carry out the theme law propaganda and practice activities. Put the constitutional study in the first place, and conscientiously organize the "12.4" National Constitution Day publicity activities, vigorously promote and promote.
6. Conscientiously organize all faculty and staff to study General Secretary Xi Jinping's important exposition on comprehensively administering the country according to law, study relevant laws, regulations and documents such as the Education Law, Labor Law, and Teacher Law, unify thoughts, and fully understand the importance of obeying laws and regulations. Sex and necessity, improve the consciousness of governing education according to law and administering schools according to law.
7. Seriously organize the teachers and students to learn the basic legal knowledge closely related to daily life, such as: Marriage Law, Women Workers Rights Protection Law, Traffic Management Punishment Regulations, Fire Protection Law, Environmental Protection Law, The Food Sanitation Law, the Voluntary Blood Donation Law, and the Consumer Protection Rights Law, etc., enhance legal awareness, learn to use legal weapons to protect their own interests, and to know the law, understand the law, and abide by the law.
8. To publicize the laws and regulations such as the Law on the Prevention of Juvenile Delinquency and the Law on the Protection of Minors in the form of lectures, etc., and enhance students' awareness of protecting themselves according to law. At the same time, parents are used to publicize the laws and regulations on education to parents, and resolutely resist illegal behaviors and phenomena.
9. Organize blackboard news competitions, speech contests, and “10 minutes before class” activities to mobilize the enthusiasm of teachers and students to participate in the activities, so that teachers and students can strengthen their understanding of the rule of law and raise the importance of the rule of law.
10. Innovate the rule of law, publicity and education methods, and use the WeChat group, WeChat circle of friends, QQ group, Weibo, forums and other forms to create "Internet + rule of law propaganda."

Scan the QR code to read on your phone 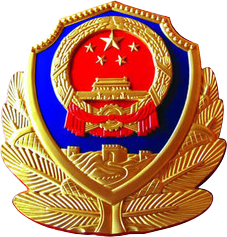