I. Main functions of Weihai Institute of Technology

It is a higher technical college with the main goal of training technicians and senior workers, and also undertakes the task of training highly skilled personnel of in-service workers of enterprises and teachers of various vocational education and training institutions.

II. Composition of the College 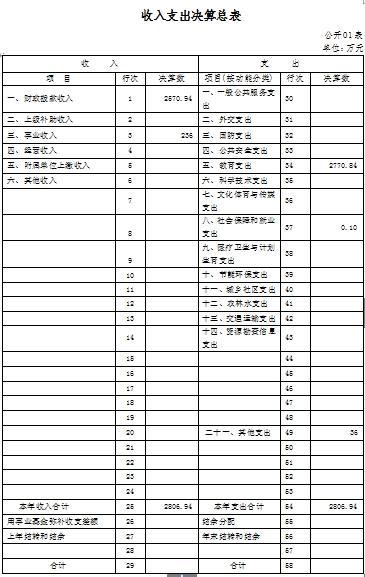 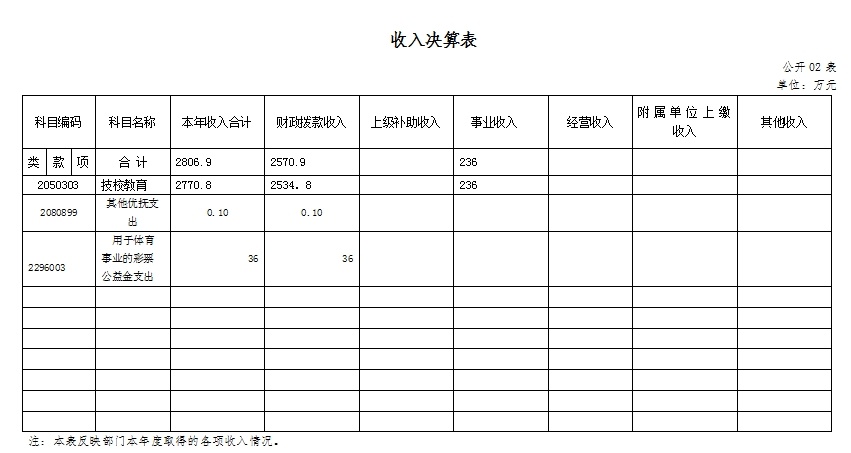 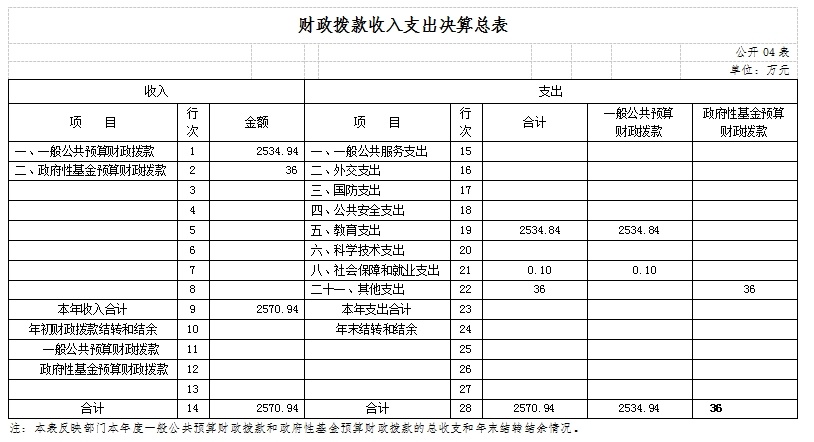 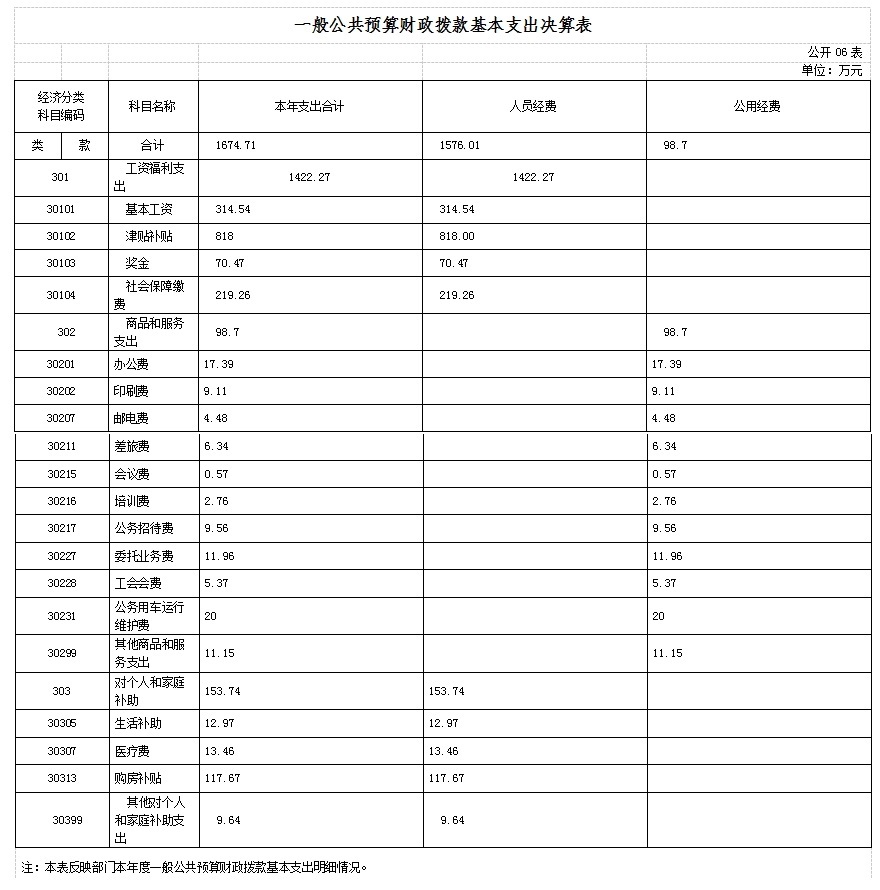 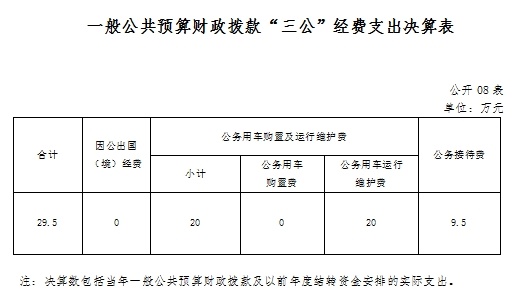 I. Explanation of the 2015 departmental accounts

(A) The overall situation of income and expenditure accounts

The final account of financial appropriation expenditure in 2015 totaled 25.709 million yuan, and the details of the expenditure are as follows.

The expenditure of general public budget financial appropriation in 2015 was 25.349 million yuan, which was 4.61 million yuan higher than the budget at the beginning of the year, mainly due to the increase of salary and welfare expenditure.

The final account of basic expenditure of general public budget financial appropriation in 2015 is 16.747 million yuan, including personnel expenses and public expenses, and the expenditure details are as follows.

In 2015, the governmental fund budget financial appropriation carryover and balance at the beginning of the year was 0 million yuan; the current year's income was 360,000 yuan; the current year's expenditure was 360,000 yuan, which was 0 million yuan more (or less) than the budget at the beginning of the year.

(I) Explanation of the operating expenses of the organ

Weihai Institute of Technology is an institution not managed by reference to the civil service law, and has no operating expenses.

(B) Explanation of government procurement expenditure

(iii) Description of the occupation of state-owned assets.

As of December 31, 2015, the department had a total of 2 vehicles, including 1 vehicle for leading cadres and 1 vehicle for general official use, and 0 units of large equipment worth more than 2 million yuan (sets).

1, "three public" expenditure and the reasons for the increase or decrease

In 2015, the final account of "three public" expenses of Weihai Institute of Technology was 295,000 yuan, including 0 million yuan for overseas travel, 200,000 yuan for the purchase and operation and maintenance of official vehicles, and 95,000 yuan for official reception.

In 2015, the use of financial allocations to arrange 0 units, a total of 0 groups abroad (overseas), 0 people.

Third, business income: refers to the income obtained from professional business activities and their auxiliary activities. Including the actual education fees received by the institutions from the financial account.

V. Income from affiliated units: refers to the income contributed by the independent accounting units affiliated with the institutions in accordance with the relevant provisions.

Other income: refers to the income obtained by the unit in addition to the above "financial allocation income", "subsidized income from higher levels", "business income", "operating income ", "income from affiliated units" and other income.

Carryover and balance at the beginning of the year: refers to the funds that have not yet been completed in previous years and are carried over to the current year to continue to be used in accordance with the original purpose, or the balance of funds generated by the completion of the project.

Balance allocation: refers to the business funds and employee welfare funds allocated from the non-financial subsidized balances of the business units in accordance with the provisions of the Accounting System for Business Units.

X. Year-end carryover and balance: refers to the funds carried over to the next year for continued use by the unit in accordance with relevant regulations, or the balance funds generated by completed projects, etc.

Basic expenditure: refers to the expenditure incurred by the unit to ensure the normal operation of its institutions and to complete its daily tasks.

Project expenditure: refers to the expenditure incurred by the unit in addition to the basic expenditure to complete a specific task or business development goals.

The final account of Weihai Institute of Technology in 2020

Budget of Weihai Institute Of Technology in 2022

Departmental accounts of Weihai Institute of Technology in 2020

The final account of Weihai Institute of Technology in 2020